As the world increasingly recoils and withdraws from fossil fuels, and embraces ever-smaller greener, and more efficient engines, the storied existence of the V12 becomes less and less well known.

While the V12 is an engine that has been and only ever will be experienced by precious few motorists, it’s an experience that many people, particularly in the latter 20th century, aspired to and dreamed of.

The sheer power and size, noise, and might of such a majestic creation attracted a great many fans, and its use in some of the most powerful and gorgeous supercars ever made solidified the status of the V12 as one of the most sought after and coveted engines in the world.

The cards that use this engine today are very few indeed, and while it was always the preserve of a select few manufacturers and designs, the likelihood that these engines remain in production becomes ever more remote.

There is some tragedy in this, however, there is greater tragedy still in allowing the V12 and the cars that used it to fall out of memory and recollection entirely.

For car lovers, racers, and motoring enthusiasts, the memory of these majestic machines must be preserved, if only to indicate the ambition, skill, and prowess of some of the world’s most talented engineers and designers.

In this article, we’re going to look at some of the most stunning cars that use the V12 engine, from the remaining modern models to some classic examples of the 20th-century titans which used it.

We’re also going to look at what the V12 actually is, for those young enough or new enough to not understand the majesty of the engine.

The V12 engine is a 12 cylinder piston engine where two banks of cylinders, 6 apiece, are arranged in a V configuration around the crankshaft of the engine.

The first V12 was made way back in 1904 and was originally designed for racing boats, however, the incredible balance, smoothness, and power of these engines made them perfect for luxury automobiles and the early adopters of this engine became famous for their performance and comfort.

As the 20th century matured, more and more designers began using these engines in their most luxury and expensive sports cars, which is where the reputation of the V12 was really made.

Some of the most famous and coveted sports cars in the world used the V12 engine, and associations with wealth, power, and danger in the case of James Bond, accelerated the appeal of V12 powered supercars which we’re going to look at below.

While the V12 is still in use today, however, the appeal of such powerful engines has waned, as the majority of people become more concerned with climate change and the environmental impacts of excess and consumerism.

This makes the days of the V12 numbered, as the electric car market continues to grow, and more and more manufacturers pivot to using smaller hybrid-electric engines and smaller, more efficient engine designs designed to save fuel.

What Modern Cars Use a V12 Engine?

But let’s take a look at the majestic machines that do still use the V12 so that you know where to go should you win the lottery, or somehow come into an absurd amount of wealth!

Aston Martin made its name as the car used by James Bond and is one of the most coveted and famous manufacturers of supercars still in existence. The DBS is an example of a sleek modern beast, with a 5.2-liter twin-turbo V12 which generates an incredible amount of power and acceleration.

Sticking with Aston Martin, the DB11 and DB11 Volante use the exact same engine as the DBS above, but are slightly less tuned and less powerful.

While the V12 is often thought of as a racers engine, the smoothness of its power delivery has made it a popular choice among luxury saloons and grand tourers since its inception. The BMW M769i is a great example of this, with its 6.6 liter twin-turbo V12 providing a whopping yet smooth 600 horsepower.

No list of supercars could be complete without at least one Ferrari, and the 812 and 812 Superfast both use a 6.5-liter V12 that makes 798 horsepower… which is quite a lot…

Arguably the most famous supercar manufacturer, Lamborghini has made some of the most coveted supercars in history, and the designs of the late 20th century have cemented them into the history books. The Aventador S continues this legacy, with its 6.5 liter V12 making a massive 730 horsepower, as well as a jaw-dropping amount of noise to boot.

Another luxury option is the Mercedes Maybach S-Class, Maybach was one of the first users of the V12 way back at the genesis of the 20th century.

The powerful twin-turbo V12 is one of the smoothest engines in the world and can shift when it needs to as well.

Another famous luxury V12, the Rolls-Royce Phantom is the final word in luxury motoring. The 6.75 liter V12 is an all-new design, and incredibly smooth and powerful. 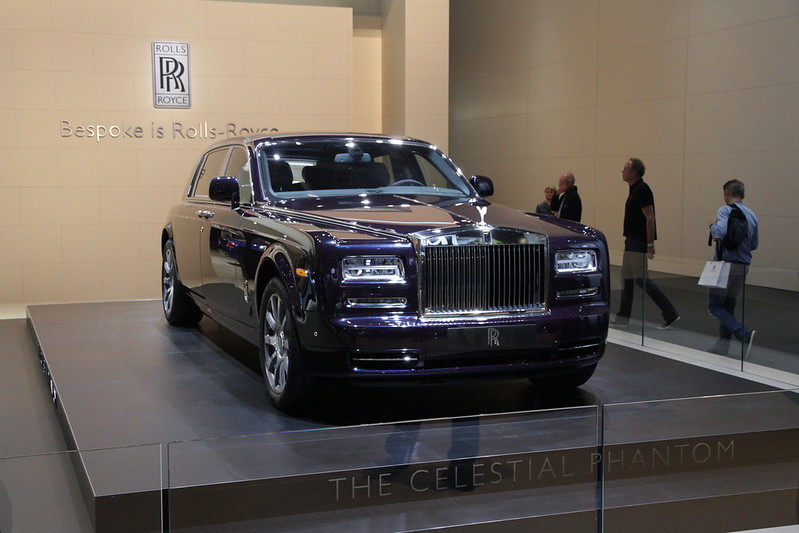 What Older Cars Use a V12 Engine?

While the cars above are certainly nice, and no one would refuse them if offered… The real heroes of the V12 era came at the end of the 20th century and graced the walls of almost every young boy’s bedroom in this era. Some of the most famous examples are…

The McLaren F1, with its Formula 1 heritage, sported one of the greatest V12 engines in history and was famous as one of the fastest cars in the world, holding the crown for a very long time.

For something a little more classic, the Miura underpins Lamborghini’s reputation for creating some of the most beautiful cars in history. This was the beginning of their V12 heritage, however, and is the genesis that gave us the modern Aventador!

While the V12 wasn’t very popular among US car manufacturers, who preferred the gruff and ready V8 muscle car, there were at least a few notable V12 engines to come from the US.

From 1995 the Vector became America’s answer to the Lamborghini, and indeed even used the Lamborghini V12. While the production cycle and life of the car and company were short-lived, these cars are one of the few and last examples of V12 engines in a US car.

While the Rolls Royce Phantom and Maybach are the go-to thought for luxury V12’s, the XJ12  is even more refined, coming out of the late 60s with unprecedented comfort and prestige.

While it has somewhat of a mixed reception due to quality issues and reliability issues, the Jaguar E-type is one of the most attractive cars ever made, a convertible with sleek lines, beautiful details, and a powerful V12 under the hood.

This is one of the most sought after classic cars in the world today, and while it’s more famous for its looks than its power, the V12 still provides great performance if looked after properly.