If you’re at all interested in cars, then the chances that you already know the name Nismo are extremely high. Nismo have made a name for themselves in the automotive world – they’re famed for their performance in race meets, their great racing tuned cars, and their high performance components. But who exactly is Nismo – and just what does that name mean?

If you’ve ever wondered what the meaning behind this name is, then great news – this article will tell you just what you want to know!

What Does Nismo Mean?

Nismo is actually a continuation of two previous motorsports divisions under the Nissan umbrella. It was founded in 1984 when Nissan decided to merge Oppama Works (also known as Publication Division 3), and Ōmori Works, also known as Special Car Testing Division. These divisions had existed since the 1960s – but it’s fair to say that their separate successes have been far eclipsed by those achieved by Nismo.

They’ve been developing and selling Nismo branded parts since 1985, and have gone on to make some of the best aftermarket parts and kits available. If you’re looking to upgrade your Nissan to higher performance specifications, then Nismo might well be able to help you do just that.

They’ve been responsible for some of Nissaan’s best high-performance cars, such as the Skyline GT-R Nismo, the 370Z, and the Juke Nismo. They’ve long been an important part of the racing heritage of Nissan. They’ve also got a huge history in motorsport, playing major parts in Nissan’s entries in racing since their inception – helping Nissan to numerous wins along the way. They’re a division that Nissan is rightly proud of! 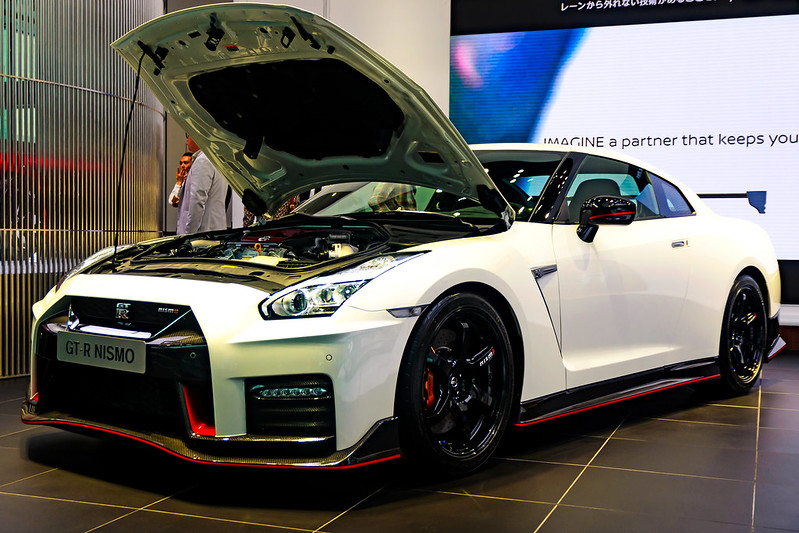 What Does Nismo Make?

Nismo is involved in the production of all sorts of different parts for Nissan automobiles, designed to enhance performance – particularly for racing. Their list of aftermarket parts is huge, and covers lots of different needs.

If you’re looking to get deep into the heart of your engine, Nismo might even be able to help there. They produce all sorts of parts for engines, such as gaskets, con rods, crankshafts, improved springs, oil pumps – if you’ve got a car with a Nissan engine that has Nismo parts available for it, then you could potentially add a lot of racing spec to it!

If you want something as simple as an oil filter- Nismo can provide one for you, of course. And they’ll even sell you the oil to go through it too, with a range of competition oils available. Aftermarket exhaust systems, titanium based mufflers, and catalyzers, all available for Nissan cars such as the GT-R.

Nismo also makes brakes to racing spec too. They make brake pads, brake rotors, brake hoses, and carbon brake air guides.If you’ve got a Nissan Gt-r(R35), then you can even get an entire brake conversion kit from Nismo.

It’s not all about the under-the-hood stuff, or the mechanical workings of the car. If you want aerodynamic upgrades to your Nissan, Nismo have you covered for this too, with a wide range of aerodynamic parts for many nissan models, including the Lead, the SIlvia, the Fairlady Z, and of course various models with the GT-R tag, such as the BCNR33 Skyline Gt-R, the BNR34 Skyline GT-R, and the R35 Nissan GT-R.

They’ll help you upgrade your wheels, with a selection of aluminum road wheels. Not only are these likely an improvement on your stock wheels – they’ve got that cool Nismo logo on them too. That’s not all – In fact, Nismo even makes the nuts that hold the wheel.

They also make other, more mundane parts too, such as oil filler caps, mirrors, number plate rims – and, of course, the metal emblem that lets people know you have (or claim to have!) Nismo parts on your car.

Of course, they also make something of vital importance for the interior of the car too – at least, when racing. Nismo makes both racing harnesses and sports harnesses – which, while perhaps a little unnecessary for a road car, are sure to be crucial bits of kit for the race track.

And, if you want to go all the way – they’ll even help you to decorate the interior of your Nissan, with floor mats, sunshades, entrance and kicking plates, shift knobs, seat covers…. If you can think of it, Nismo likely will sell y9ou something with their branding on it. 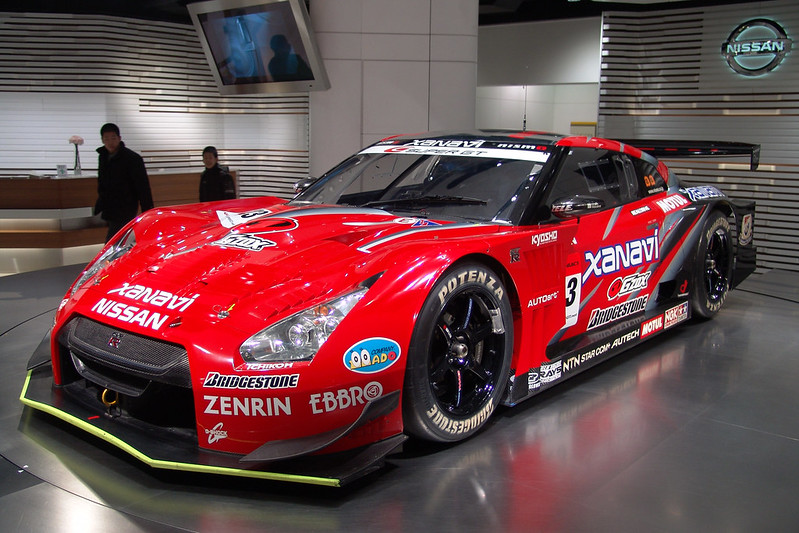 As fits the “motorsports” part of the name, Nismo is all about sports performance. As a part of Nissan, they’ve helped them to participate and excel in racing since their inception in 1984. Of course, their successes don’t start there, as Nissan was of course involved in motorsports since the 1960s with the previous divisions that were merged to form Nismo.

Since 1984, Nissan has competed in many racing events, including the ALl JapanTouring Car Championship, 24 Hours of Le Mans, Group B Rally, Daytona 24 Hours, and more – and all of these in their first decade!

In recent years, Nismo has distanced itself from global motorsport compared to its previous showings. However, they remain a player in racing, and are famousl;y part of the Super GT racing series.

There you have it – a quick and simple explanation of the meaning behind the name “Nismo” – and a little bit about the history, successes, and products of the company too!

If you were wondering about exactly what Nismo means, makes, or what their involvement with motorsports is, then hopefully this article was helpful to you!