Most of us want more power from our vehicles. Whether you own a small city car or a long-haul truck, increased power can make some journeys much smoother. Of course, with strict speed limits on our roads, increased power doesn’t always equate to faster speeds. But it can help you on long journeys and, maybe surprisingly, help your fuel economy.

Making power in a vehicle’s engine fundamentally boils down to how much energy you can generate from compressed air and fuel mix. Using a supercharger, a larger throttle body, or carburetor, and bigger valves compresses more air and fuel. So, if you want to garner as much power from a black-and-cylinder head combination, greater displacement is probably the most affordable way.

If you want to increase your engine’s displacement, you will require a stroker kit. Strokers have been the quickest method to achieving displacement and power for years. And stroker engines are not a new concept.

They have been built by engine manufacturers for decades. One example includes the 289/302 engine block which you can infuse up to 355 ci into. You can generate big-block power from just a small block with larger mills like the 429ci big-block able to stroke up to over 500 ci. Now, that’s power!

All this talk of stroker engines may have got you confused. So, let’s discuss what a stroker engine is and how it actually works.

A stroker engine: What is it?

As the “stroker” name implies, a stroker engine is when engine displacement is increased. A stroker helps to increase the internal engine stroke. This is the distance covered by the vehicle’s piston within the cylinder bore. How?

This is achieved by increasing the piston stroke. As the stroke is increased, the piston is pushed deeper into the cylinder bore. In turn, this boosts displacement.

Moreover, because mechanical leverage or displacement comes with stroke, torque will too. The longer the stroke, the greater the mechanical advantage will be. With the escalated distance covered by the piston, the crankshaft’s rotation becomes faster.

Therefore, torque is increased, and power is sent to the motor’s wheels, improving the overall acceleration of the vehicle.

As you may know, torque is very important when we consider low-end power. Torque is basically the force that moves your car, bike, truck, or bus forwards in a faster motion. This is where larger displacement engines always have the upper hand.

Shorter strokes allow engines to rev faster and higher, known as de-stroking, improving and increasing the motor’s horsepower. A longer stroke will, therefore, increase the torque of the vehicle.

The more torque your vehicle has, the faster it will accelerate. Now you know why torque has always been so important and popular in drag racing when off-the-line speed is critical. 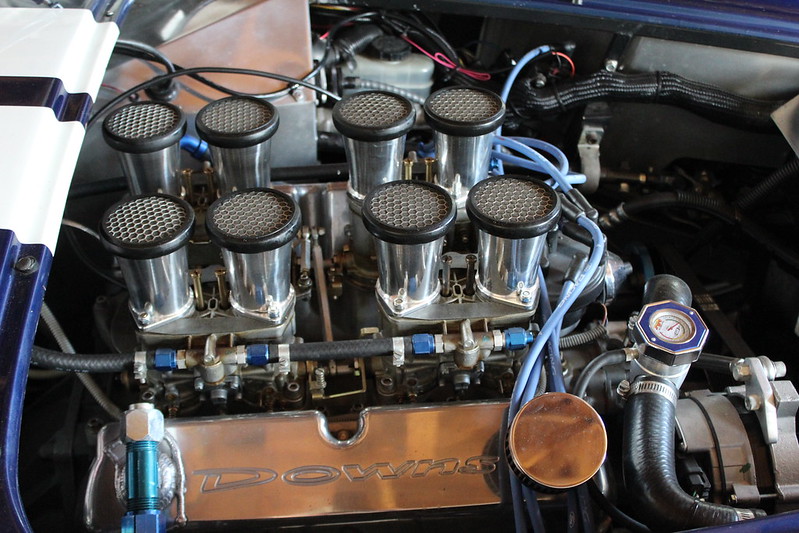 How to stroke an engine?

It is possible to stroke an engine in multiple ways but you will need a stroker kit. This will comprise different engine components that have been updated from OEM specifications. This is to achieve the required increase in stroke.

Doing this will allow the piston to travel further into the cylinder bore because of the use of a different crankshaft. The journal’s lengths, which are located alongside the crankshaft, will then be adjusted by the distance specified with the kit you have purchased.

You can choose to stroke an engine without a stroker kit. If you go down this route, you will need to source the engine parts separately. But, make sure you choose the right parts! If you pick the wrong parts or end up with incorrect spacing, there will be a higher chance of the piston hitting the cylinder head. This will inevitably result in engine failure.

Increasing the height of the block deck or cylinder cavity is another method of stroking an engine. However, this is more time-consuming and usually more expensive. If you choose this option, we suggest trying to buy a specific aftermarket block deck that is compatible with stroker kits.

Another method is to shorten the connecting rod or adjust the piston pin to a higher position on the connecting rod. This method can prevent the requirement for the cylinder head or wall machining which can be very complicated to work with. Without these, there is more allowance for an increased stroke.

Why should you increase stroke?

As we mentioned, a small stroke means the engine can rev higher. This, in turn, creates more horsepower. That may leave you thinking, “why would you want to increase the stroke, then?” Well, horsepower isn’t the be-all and end-all!

By increasing the stroke, you can increase the torque an engine can generate. More torque means faster and more powerful acceleration.

When you are gently cruising around your hometown, it’s the torque rating that matters. If a vehicle has a great deal of torque, then you will not need to rev it up very much to accelerate quickly.

Torque and increased stroke are hugely beneficial to drag racers and street racers. A larger amount of torque allows these drivers to get off the starting line a lot quicker. Yes, for regular road users, torque is not as essential.

Drag and street race drivers are often high up on RPMs when the engine reaches its peak horsepower which is rarely possible on speed-limited roads and streets.

A stroker engine is just a standard engine but with an increased stroke in its cylinder. This helps to increase displacement which results in more torque and improved horsepower. This is why stroker motors are regularly used in muscle cars to give them that “muscular” feeling.

Not having to rev your car to its extremes to pass someone is always a great feeling. If you want to achieve this, a stroker engine is well worth considering.